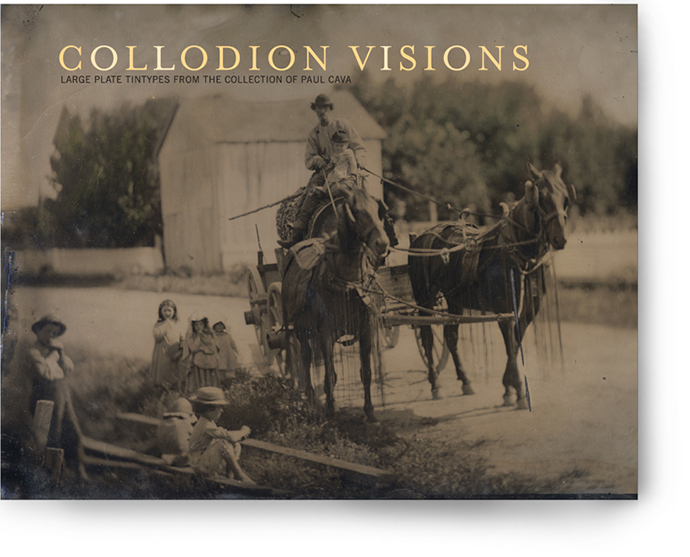 Tintypes had the longest period of popularity of any print type other than silver gelatin prints. The tintype process was invented in the 1850s and tintypes continued to be produced, primarily by itinerant photographers, through the 1930s. They were the least expensive and time intensive of all the early photographic processes and made photography available for the first time to the working classes. Because of this they recorded a wider picture of society than did daguerreotypes or ambrotypes, the other well-known photographic processes of their time.

Though tintypes were most often produced as small-scale keepsakes, Cava’s collection of approximately 200 works is composed primarily of large plate tintypes ranging in size from 4 x 5 to 9 x 7 inches. Some of the finest examples from Cava’s collection now reside at the Philadelphia Museum of Art, thanks to the generous support of Julie Jensen Bryan and Robert Bryan. Today tintypes or rather collodion work in general is experiencing a resurgence in the fine art photography world. There are many contemporary practitioners adding to the conversation such as Mark and Kristen Sink and S. Gayle Stevens and Cava continues to add to and sell from his ongoing love affair with tintypes both old and new.