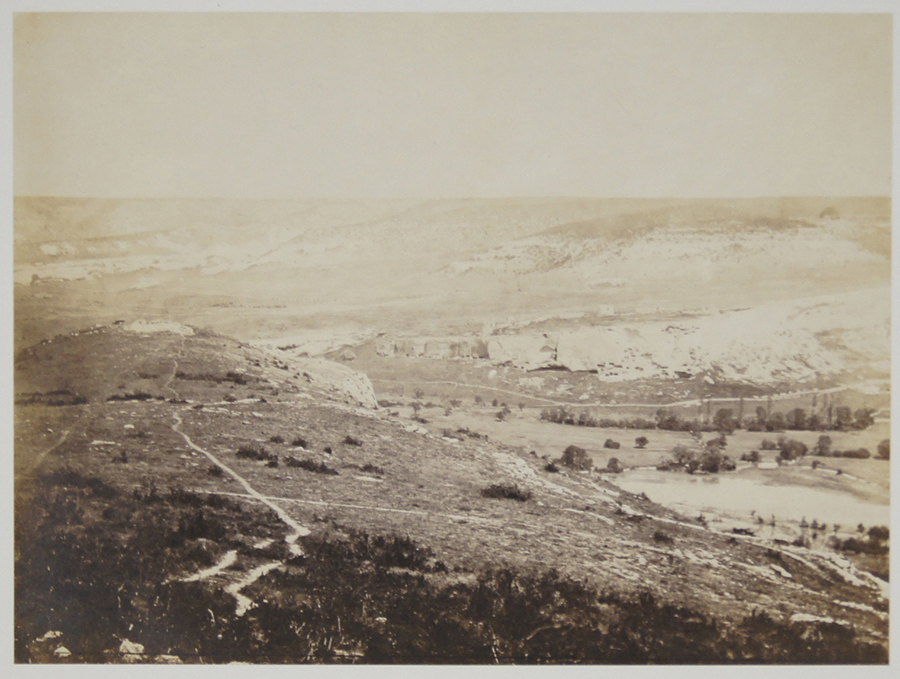 Roger Fenton’s Crimean War photographs represent one of the earliest systematic attempts to document a war through the medium of photography. Fenton, who spent fewer than four months in the Crimea (March 8 to June 26, 1855), produced 360 photographs under extremely trying conditions. While these photographs present a substantial documentary record of the participants and the landscape of the war, there are no actual combat scenes, nor are there any scenes of the devastating effects of war.